Siddhartha Tagore established ‘Art Konsult’ about two decades ago with a vision to promote Indian Contemporary Art globally. The objective has always been to widen the horizon and bring to light the fading traditional and folk arts of India.

The gallery has held over 500 exhibitions till the date of various prominent artists of both Indian and foreign origin such as Lee Waisler, in prestigious institutions like NGMA, New Delhi, Indian Museum, Kolkata and brought to focus several upcoming contemporary artists with great potential. He has brought to view several exhibitions on the iconic works of some of the great masters of the Old Bengal School such as Jamini Roy, Nand Lal Bose, Ram Kinkar Vaij & Hemen Majumdar. Conducted art camps of both senior artists and young emerging contemporaries at the gallery. 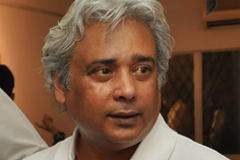