Design Thinking is the essential ability to combine empathy, creativity, and rationality to meet user needs and drive business success. With an aim to encourage students to practice design thinking mindsets, the School of Management conducted the Marshmallow Exercise for students from various disciplines. This exercise helped them learn crucial aspects of collaboration, innovation, hidden assumptions and team spirit.

The activity took 45 minutes in total, wherein the participants were divided into groups of 6. Each team was given a certain amount of spaghetti, a marshmallow and paper tapes. The teams were given a limited time of 18 minutes to build a free-standing spaghetti structure with the marshmallow placed on top. The team with the tallest structure won the challenge.

This activity had a huge impact on students when they failed to build something deceptively simple. As the teams rushed to build up their towers taller than their competitors, they ignored the most important aspect i.e. stability, and saw their structures collapsing towards the end. Surprisingly, the winning team had built the shortest structure but it could stand the test of stability. The realization that planning is as important as building was the key take away. The fun design and build activity taught some simple but profound lessons in testing, iteration, critical thinking and resilience. 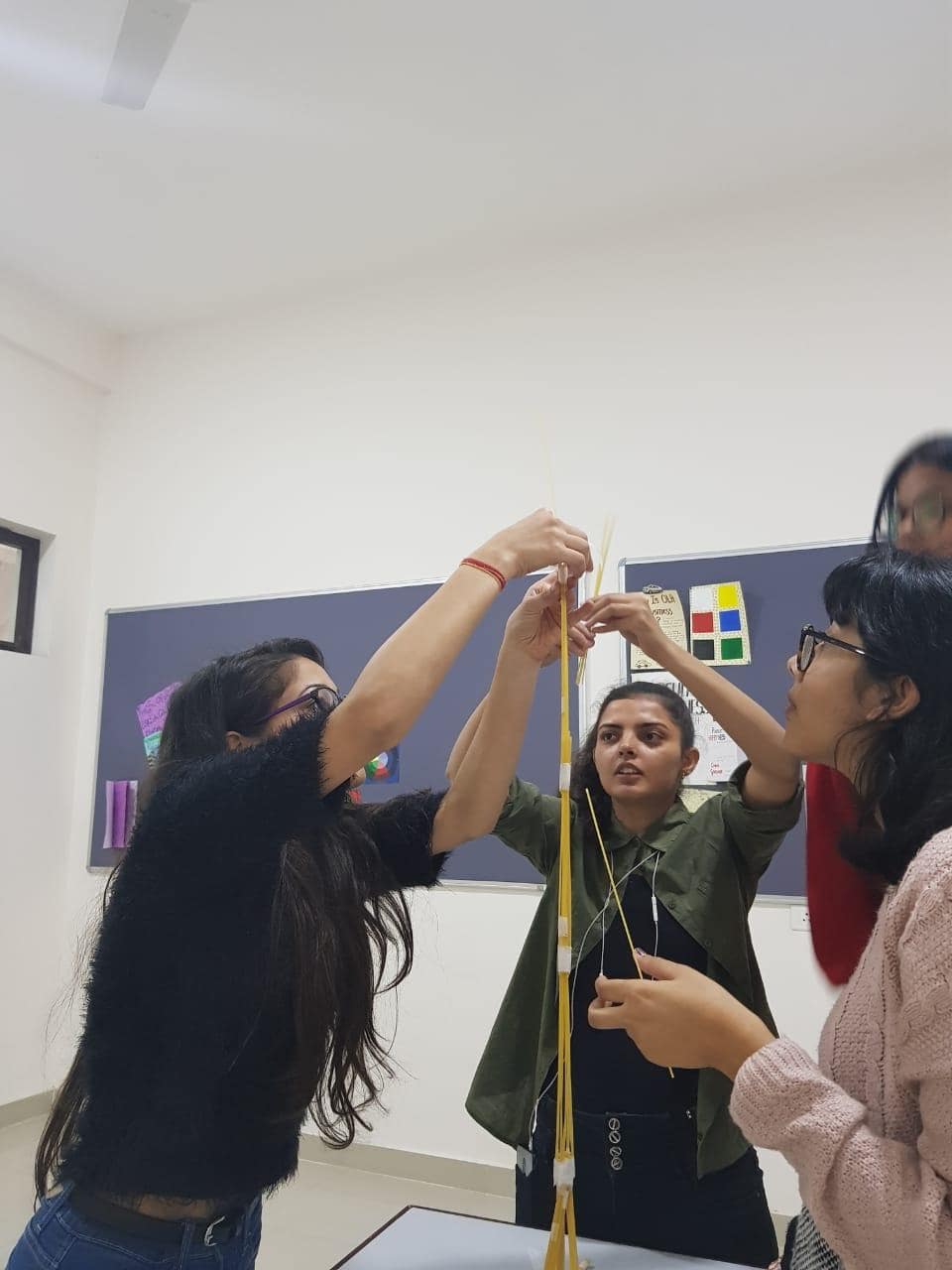 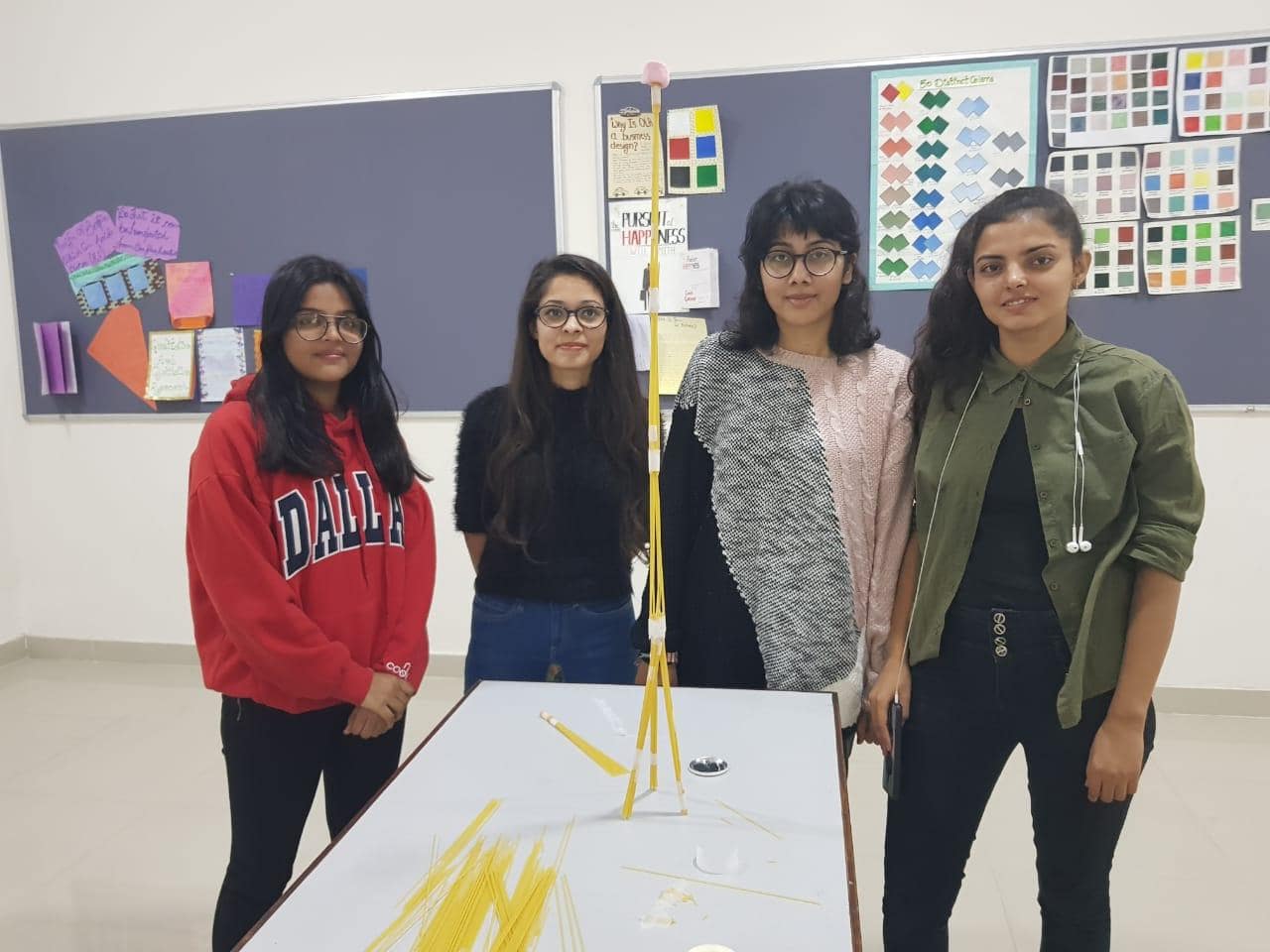 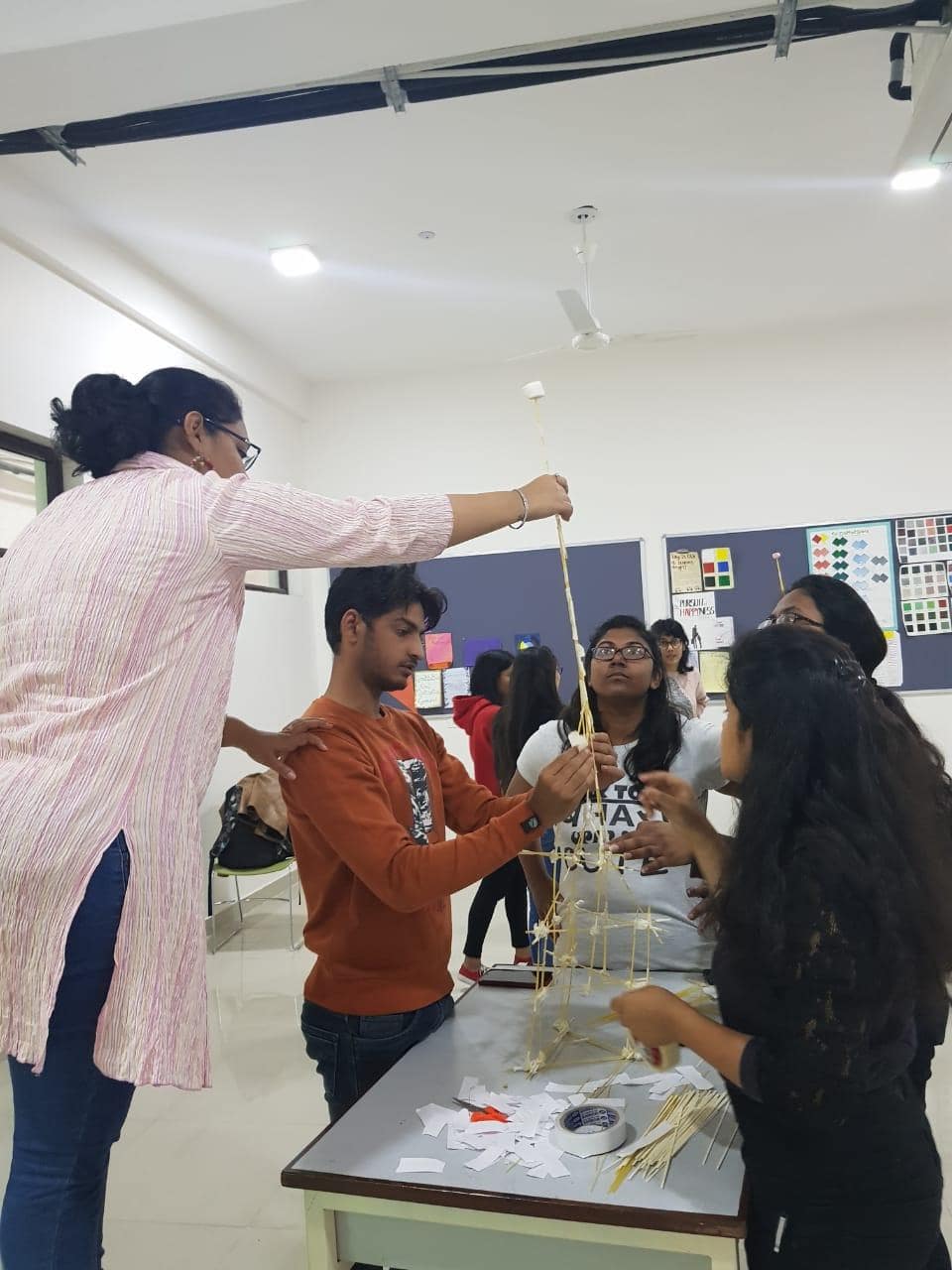